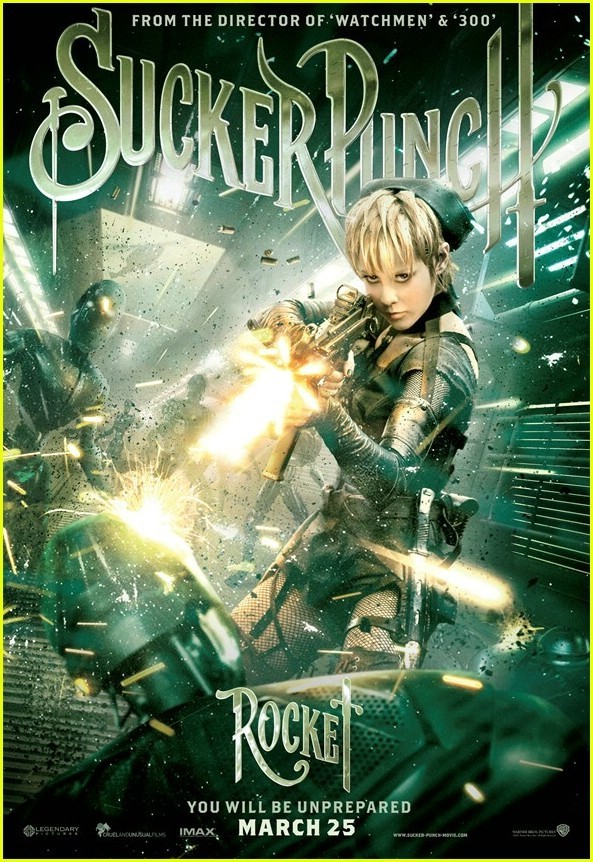 The story of Sucker Punch revolves around the facade of mental patients who live in an imaginary world filled with vivid fantasy. While the storyline originally is set in a mental institution, the audience are taken in to view things from the main characters’ point of view; instead of mental patients plotting to be free, we see them as showgirls trying to escape the club. The mind-bending does not stop there, whenever the main character dances, she is transported to another imaginary world where she fights different creatures and go on various adventures; where she and her friends are an elite force of bad-ass hot-chick fighters.

Sucker Punch is a very stylized movie. A bit too overstylized at times. I’m sure director Zack Snyder has some really intelligent intentions with the film's prolific undertones in the story. He tries to inject something deeper amidst the visual thrills. Unfortunately , that message drowns out in all the visual style, and ends up undelivered. what is delivered though is a great big “Huh?” for those who crave for creative satisfaction. I could not go so far as to say that the movie was pretentious (although, it sort of is), but I can say that it simply fails on what it intends to tell.

READ THE FULL REVIEW
Posted by Unknown at Sunday, March 27, 2011