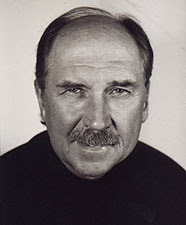 As if you've all had enough of RAMBO stuff going on in this website, here's one more...
DAVID MORELL, the writer & creator of the legendary character RAMBO in his novel FIRST BLOOD has written in his blog his reactions to the new RAMBO movie. He stated some interesting points about the new film that are indeed eye-opening.

Here's what Morrell had to say about the new film in his latest blog;

Many of you contacted me to ask what I think of the fourth RAMBO movie. I'm happy to report that overall I’m pleased. The level of violence might not be for everyone, but it has a serious intent.

This is the first time that the tone of my novel FIRST BLOOD has been used in any of the movies. It's spot-on in terms of how I imagined the character—angry, burned-out, and filled with self-disgust because Rambo hates what he is and yet knows it's the only thing he does well. The character spends a lot of time in the rain as if trying to cleanse his soul. There's a nightmare scene involving vivid images from the three previous films (they indicate the emotional burden he carries). There's a scene in which Rambo forges a knife and talks to himself, basically admitting that he hates himself because all he knows is how to kill. At the start, Rambo is gathering cobras in the jungle, and he's so comfortable with them, it's as if, because of his past, the most developed part of him is his limbic brain. He has nothing to fear from another creature of death. In the cathartic violence of the climax, he uses a machine gun that evokes the way wounded William Holden uses a machine gun at the end of THE WILD BUNCH (one of my favorite films). Indeed much of RAMBO has Peckinpah overtones while it also uses tropes from the novel (again, for example, there's an exciting sequence in which Rambo is hunted by dogs).

Another excellent element involves the film's archetypal, mythic overtones. Rambo is hardly ever called by his last name. Instead, he keeps being referred to as "the Boatman" because he earns his living with a boat on a river in Thailand. But after he's called "the Boatman" enough, I start thinking of the River Styx and the journey of death as depicted in Greek myth. Similarly, the knife-forging sequence reminds me of Hephaestus, the armorer of the Greek gods (in the sequence, Rambo even talks about whether God can forgive him for what he's done). Sly is definitely sophisticated enough to embed these sorts of allusions. The earlier Rambo movies were a combination of a Tarzan movie and a western. That is also the case here. The knife (again designed by master blade-maker Gil Hibben), the bow and arrow, Rambo racing through the jungle—these scenes are primal and breath-taking.

Some of you sent me emails, suggesting that maybe a younger actor would have been better for the fourth movie. But it’s important to remember that Rambo (unlike James Bond) is specific to a historical period: the Vietnam War. My novel FIRST BLOOD was published in 1972. If Rambo were a real person, he would have been perhaps 22 at the time. In 2008, he would be 58. Sylvester Stallone is a few years older than that, but basically he is the correct age, and in the new movie, he interprets the character in an older way. That's one reason he put on the weight—so he would look different from the trim muscular image he had in the 1980s Rambo movies.

Some elements could have been done better. The villains are superficial, to say the least. A lot could have been done with the connection between drug lords and the military in what the film calls Burma, dramatizing that money earned from the heroin trade motivates their brutality. Instead, they’re merely depicted as psychopaths. In a baffling moment, heroin somehow gets equated with meth, which is something entirely different and has nothing to do with the poppies grown in that area of the world.

Otherwise, I think this film deserves a solid three stars. Even the NEW YORK TIMES treated it well, emphasizing the way the character is given depth. Rambo is no longer the jingoistic character of the second and third films. The most telling line of dialogue is, “I didn’t kill for my country. I killed for myself. And for that, I don’t believe God can forgive me.” While that statement is in keeping with my novel FIRST BLOOD, it’s jaw-dropping when compared with the dialogue in the second and third Rambo films.

Some posters list me as an associate producer. This is an error. I was not involved with the production, and this time around, I didn’t write a novelization for the movie. But I do receive two credits. One is a single card "created by" credit before the names of the screenwriters. At the end, after the final surprising, poetic, redeeming sequence, another credit says "From the novel FIRST BLOOD by David Morrell." Two credits aren’t the way Hollywood usually treats a novelist. The second reference seems to acknowledge that the series has returned to the tone of the original novel. To say again, the violence is a solid R, but the intent is serious. I was blown away. Sylvester Stallone as John Rambo in the 1982 film FIRST BLOOD
Posted by Unknown at Saturday, February 09, 2008 No comments: Links to this post

SKYCABLE ON THE SOLAR ENTERTAINMENT ISSUE

Late last year, Funfare reported that Solar was moving its programs from SkyCable to, among other channels, RJTV. I didn’t know that there’s an ongoing “issue” between Sky and Solar, until I got the following statement from Sky, quoted below in full:

Much has been said about the withdrawal of certain channels from SkyCable’s programming line-up. Due to a gentleman’s agreement by and between the senior management of Sky and Solar not to discuss commercial negotiations nor to exploit this issue, and to ensure an amicable separation, we have stayed silent on this. It is unfortunate that other personnel in Solar have decided not to honor the agreement, prompting us to come forth with our position.

We understand how much the NBA matters to our subscribers, so it was with much regret that we had to let it go.

Upon contract renewal, we wanted to retain four of the six channels in Solar’s bundle. The four channels we wanted to keep INCLUDED Basketball TV and Solar Sports. Unfortunately, Solar adopted an “all 6 channels or nothing” position. We recognize that it is their right to adopt such a position. Regrettably, we could not accept their position, as is also our right.

Solar leased SBN 21, RPN 9 and RJ 29 which are all free television channels we carry. This development has allowed us to continue carriage of three Solar channels — ETC, Crime/Suspense and Second Avenue. We worked closely with Solar to ensure the clear reception and seamless transition from the original free television programming to theirs.

We have not closed our doors to dealing with Solar. We continue to deal with Solar and their affiliates for the carriage of other channels. We carry ShopTV (owned by William Tieng’s daughter), and are discussing carriage of the Pacquiao-Marquez fight in March.

SkyCable’s programming line-up is constantly being upgraded. With the loss of three Solar channels, we now provide six new channels at no additional cost to the subscriber. With the addition of Balls, AXN Beyond, Kidsco, FoxCrime, Maxxx and Velvet, and the moving of Disney from Gold to Silver, we are hopeful that the larger majority of our customers will stay happy.

While some are exhorting switching to our competitor due to our loss of these channels, SkyCable continues to carry channels that are NOT AVAILABLE on other cable services including Teleradyo, ANC, Balls, AXN Beyond, Cinemax, Kidsco, Hero, Animax, Starworld, AXN, FoxCrime, Maxxx, Lifestyle Network, Velvet, Star Movies, Cinema One, Asian Food Channel, Makisig, etc. Moving to our competitor ensures the loss of these invaluable first-rate channels, which would be a great injustice to any cable subscriber.

We have taken substantial steps to ensure that we inform our subscribers about the programming changes which took effect on Jan. 1, 2008. From August 2007, we have been actively informing the public about the impending channel changes. These include full-page announcement print ads in the top dailies, press conferences, regular press releases, on-air announcement plugs which were shown on top cable channels such as CNN, AXN, Discovery Channel, Cartoon Network, among others. To ensure that SkyCable subscribers would be directly informed of the developments, letters to the subscribers were mailed out in the first week of November 2007. Despite a minimum requirement of the National Telecommunications Commission (NTC) to provide 30-day notice to subscribers, SkyCable committed itself to informing the public five months before the actual changes took place.

The National Telecommunications Commission (NTC) has granted pay television franchises to more than 800 companies in the Philippines. Four of them operate in Metro Manila, one of which is SkyCable. We are operating in a free market where competition exists, and shall continue to do while the law provides for such.

As it has always been our privilege and duty, SkyCable will continue to work towards programming enhancements to provide our subscribers with the best channels and programs available today. It is our commitment to our subscribers, to our stakeholders, and to the general public.

Source: the Philippine Star
Posted by Unknown at Monday, February 04, 2008 No comments: Links to this post