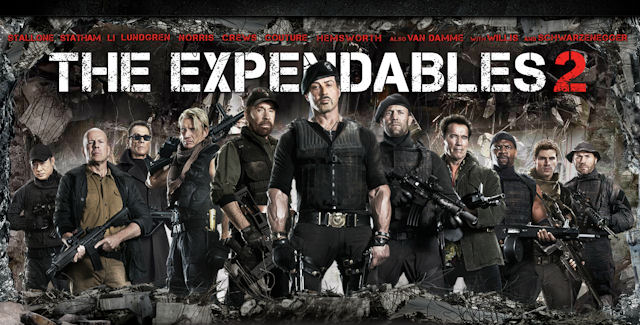 A good sequel is one that takes notes from its previous mistakes and consciously and obviously improves on it. Expendables 2 does just that and more. This sequel is like a billion astro-fireworks far above the previous film. This movie makes the other one look extremely dull, tastelessly bland, and utterly joyless. EXPENDABLES 2 does it right this time and manages to be more than just a better movie. It’s Incredibly and Ballistically Fun!

Read more »
Posted by Unknown at Friday, August 17, 2012 No comments: Links to this post

The Bourne Legacy is the continuation of the Jason Bourne series, set in the Bourne universe and continuity, and having all the similar characters. But this time, the character spotlight is not on Bourne but on several new characters. Dr. Marta Shearing (Rachel Weisz) is a scientist who works with genetic enhancements for secret government assassins, Eric Byer (Edward Norton) is the head of an agency that is bent on cleaning up all the information mess that has leaked through the media and various other information leaks that have been caused by the aftermath of the Jason Bourne fiasco. And our main protagonist Aaron Cross/Kenneth Gibson (Jeremy Renner) is an agent/assassin who must find out why someone is trying to kill him and other operatives like him.

Read more »
Posted by Unknown at Friday, August 10, 2012 No comments: Links to this post